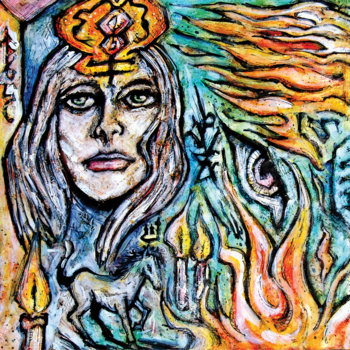 "This is a wonder I could never anticipate from a Greek band. It almost sounds unconventional compared to the rest of the Greek underground scene. Dark folk, gothic, traditional greek rhythms, psychedelic rock. Cyanna Mercury have already made their mark with their debut release and I can't wait for their next steps.".~ Parasighting

Released on: Self Released 2016